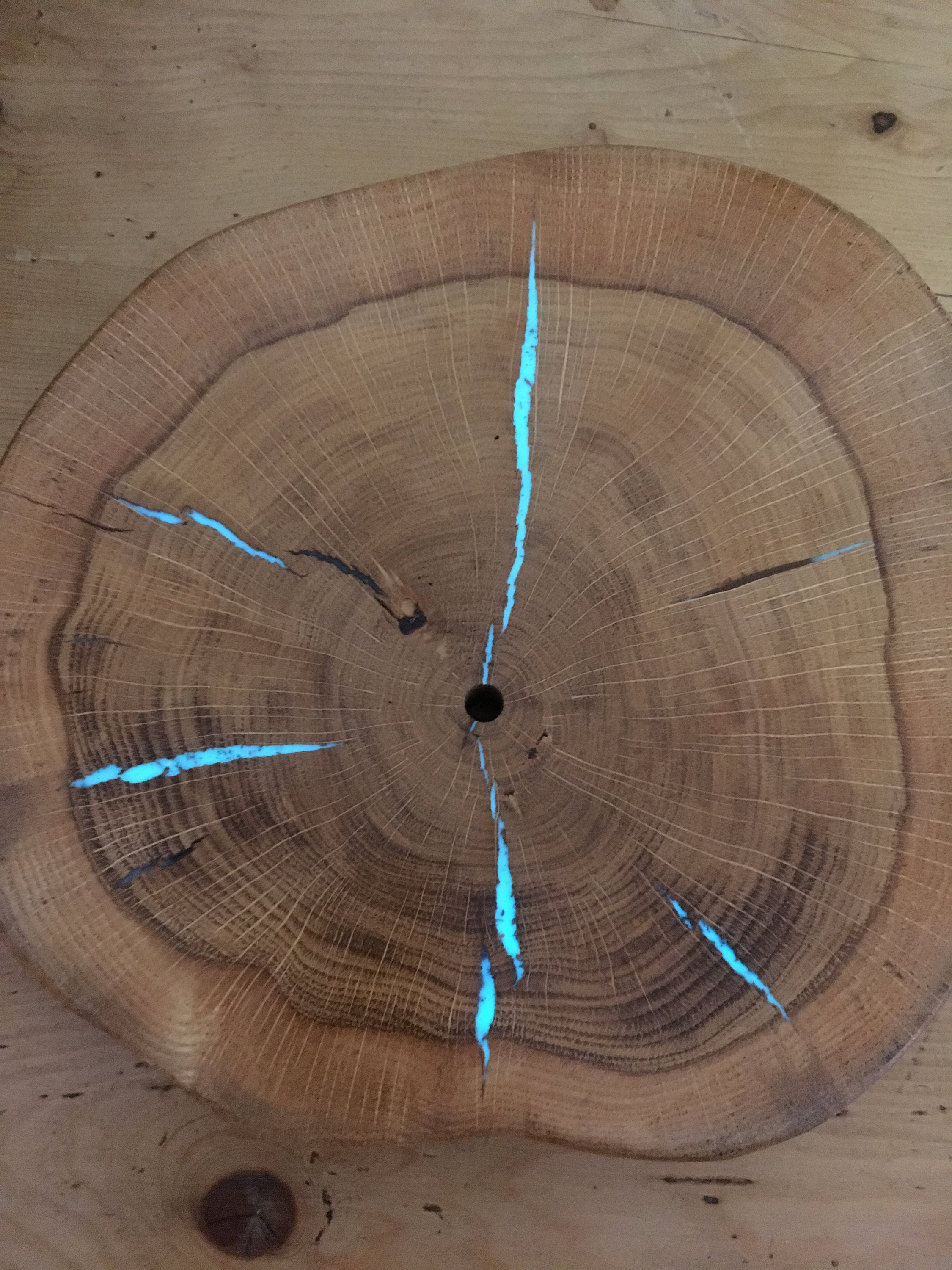 Various clocks made from reclaimed wood.

These quite large slices of oak came of the Oak tree I've mentioned before that was hit by lightening. I've already made a large number of coasters from the smaller branches.

It took quite a bit of planing and sanding to get this oak to anything like usable. Sometimes I felt like I was sanding a piece of metal it was so hard.

Using epoxy resin I purchased from an excellent company called Easy Composites I filled the cracks that appeared while drying using a clear version and another mixed with glow in the dark pigment.

The third clock was had the cracks filled with a technique using crushed stones and super glue and a lot of sand paper.

All three are supported with a hand made stand or can be attached to a wall. In fact you can put it anywhere you like. 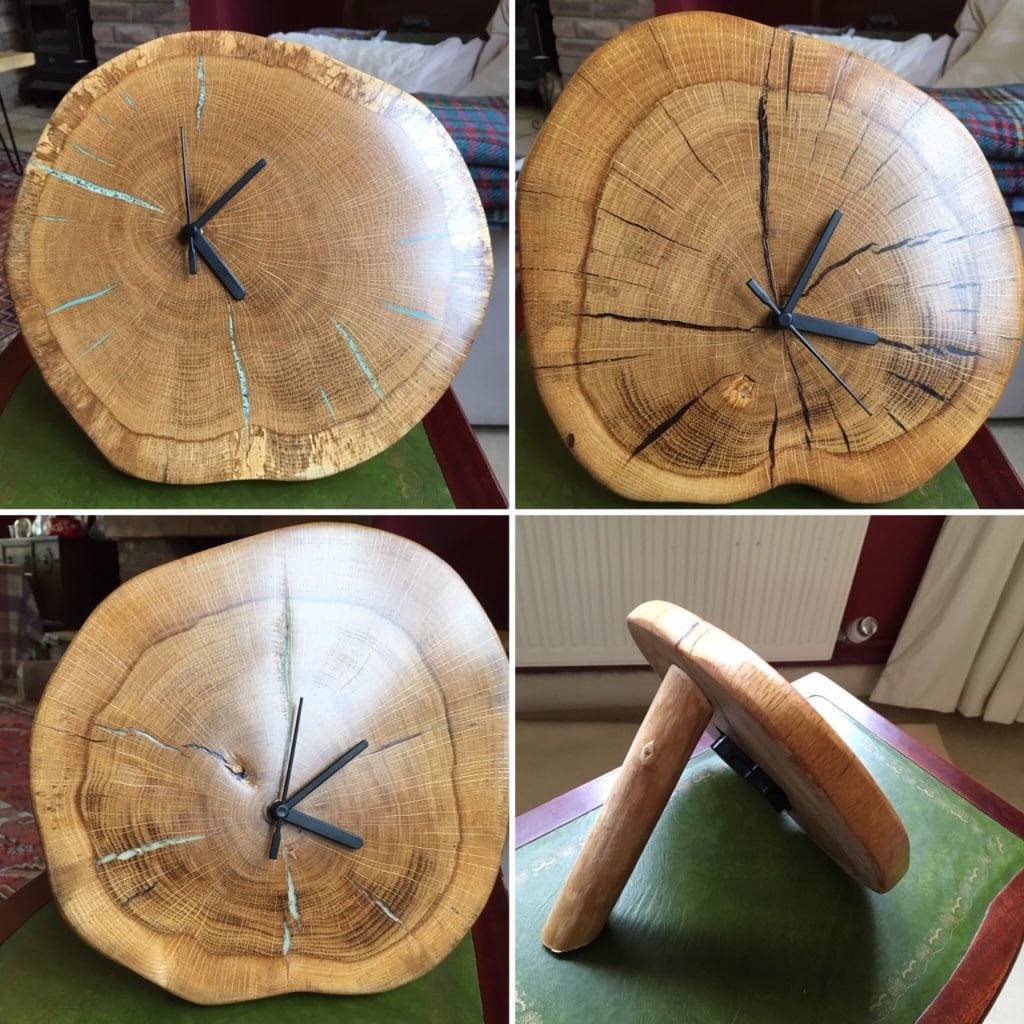 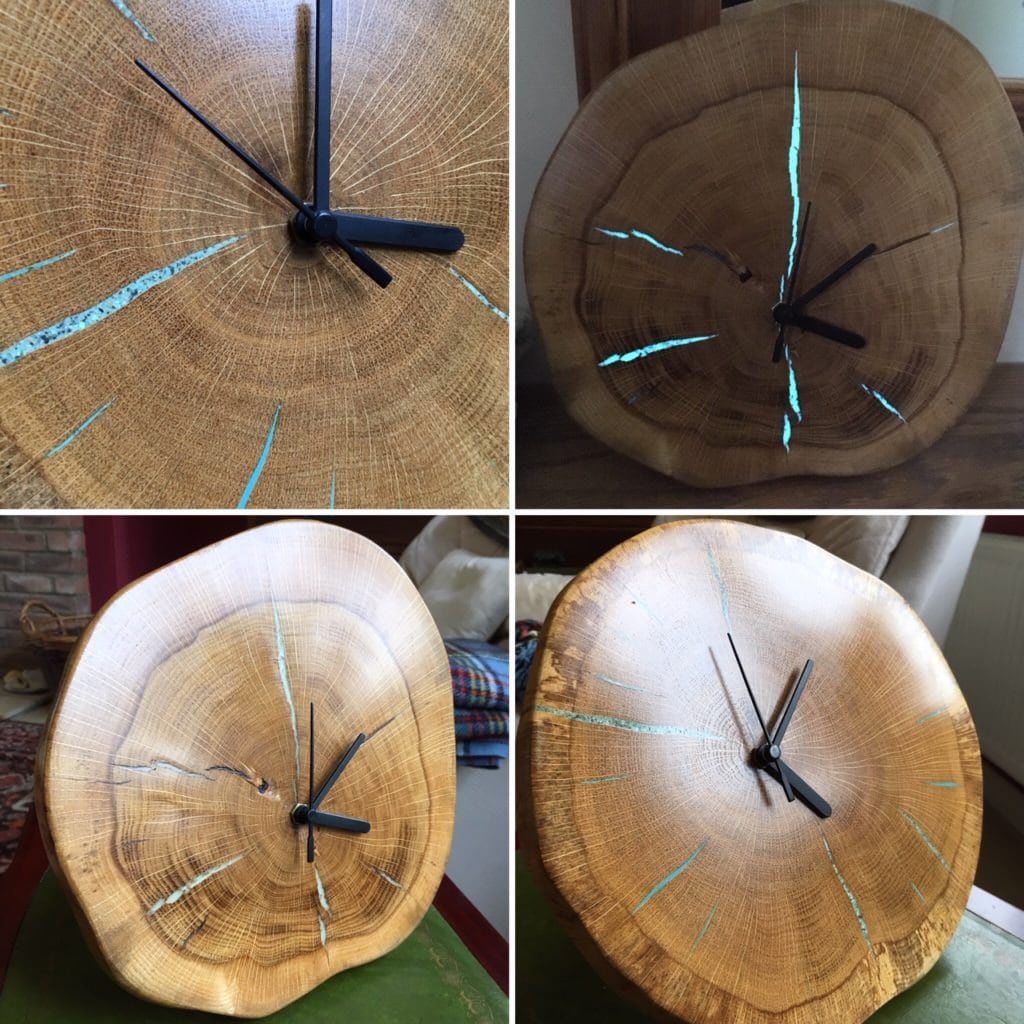 Next Post Hornbeam Console Table
0 items in your cart